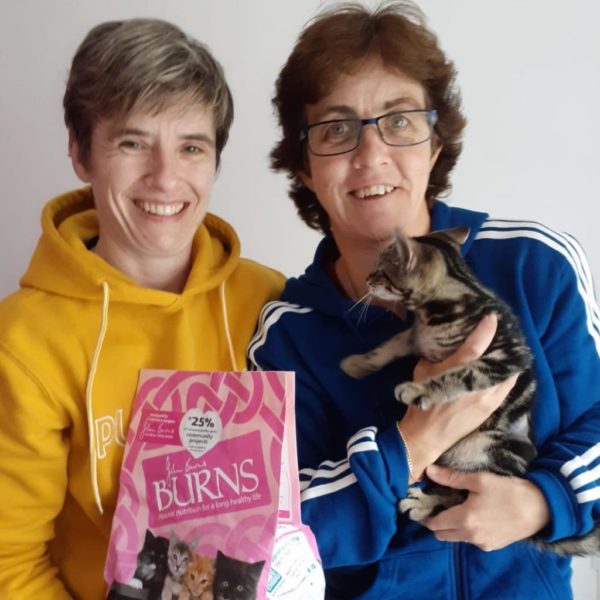 
Also leaving our Cattery last week was Seleno and despite her best efforts, she did not get to leave alone

Naomi and Lorraine arrived to pick up their new best friend they could not resist the taking a peak at her brothers.

Mars and Seleno had a good relationship and when they heard how great Mars was becoming around people, but just needed that extra push, they decided that they would be the ones to take the leap with him!!

Too shy for a goodbye photo Mars opted to wait in his carrier but once home and settled he was only too happy to explore and investigate his new abode!

Thank you Lorraine and Naomi, for not only choosing to adopt, but for a adopting 2! A special thanks for looking past the shyness and seeing the true potential in Mars 🥰