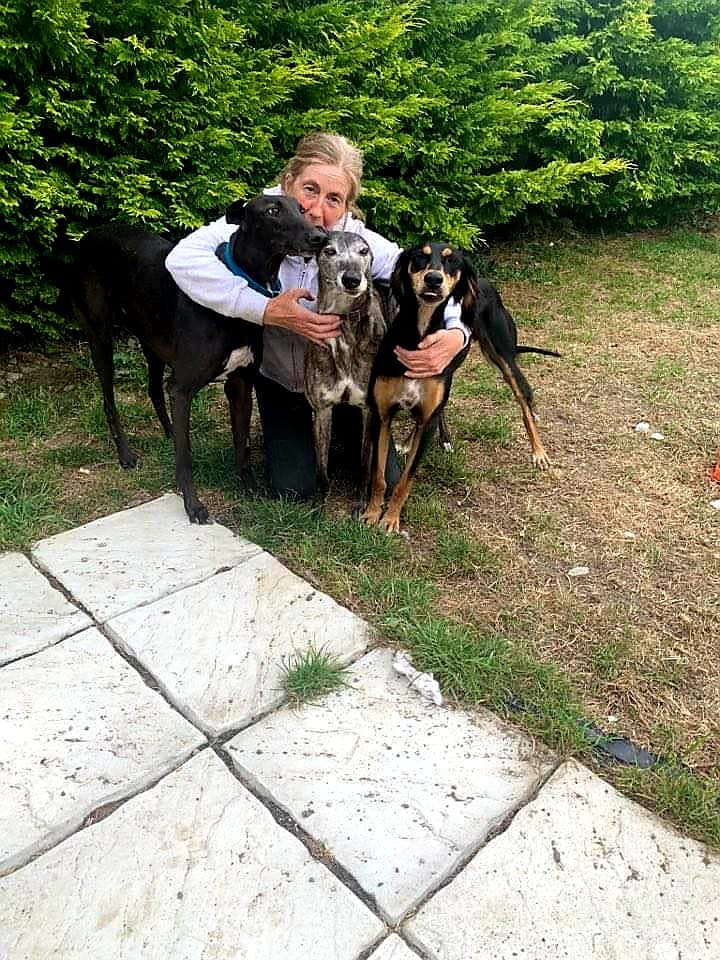 
In April an underweight, shut down Saluki boy was picked up off the streets by us at the Galway SPCA. Distraught in kennels, he was taken home by our kennel manager, Emma.

Emma is passionate about all dogs but it’s the Sighthounds that touch her the most and over the years she has owned, fostered, loved and lost many.

What you may not know is Emma’s ‘horror’ of ‘feathers’ has become somewhat of a joke between those who know her well. While she has fostered and cared for many, through Galway SPCA, she has always maintained that they are simply not for her preferring (she says) to stick with Greyhounds and Lurchers, being happy to leave the adopting of Salukis to others.

Stubborn, naughty, cheeky, opinionated, free spirited, not for the faint hearted and only happy when doing exactly as they please or looking down on you from that pedestal they seem to believe is theirs by right, are just some of the things we have heard her say about the Salukis she has known😂

McLaren was posted on our website and Facebook page, by her good self, and we would watch every day as she checked her phone telling us she was hoping an interest in him would be there !!🙂 And a few people did call and we listened as she chatted them being very honest about his unruly behaviour but always adding that he was a sweet and affectionate boy too.

Yet after each call, while we waited with baited breath for her celebration dance that McLaren had finally found his home, she would just shrug and say ‘I don’t think McLaren is what they are looking for’ 🤔

Many of our hounds travel to our friends at Erinhounds UK and soon they wanted info about McLaren for website. And that’s when the muttering and use of swear words to describe McLaren began to decrease and we started to hear stories of his latest funny antics or how much her own Greys, Yoga and especially Magoo, loved him and how he had brought fun back into her home.

Of course, when she was asked if she was thinking of keeping him (shock) we got the usual response ‘I don’t do Feathers”.

So the one who ‘doesn’t do feathers’ is going to have to take back EVERYTHING she has ever said as today she somewhat sheepishly ‘signed on the dotted line’ and ADOPTED McLaren formally. Her excuse was ‘How could I inflict that feathery hooligan on anyone’ 😂😂😂

She is, though loathe to admit it, smitten by him, feathers and all. Though she says she is shaving them off now he is hers😅🤣 we know McLaren will be loved and spoiled as every dog should be.

Welcome to the family McLaren, we cant wait to hear the screeches of injustice as you eat /chew something else you shouldn’t have.😂

And welcome to being owned by a Saluki, Emma and family ❤

Batten down the hatches 😛