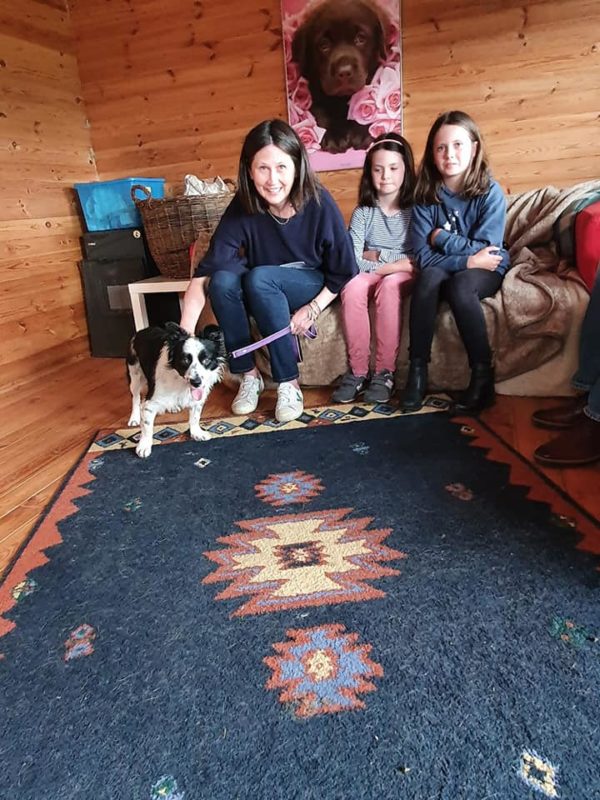 
In March we received a call about a stray dog who had been living rough for a little while. It took us a few attempts but we finally had him secure and on his way to a new life in Heathlawn.#

Jenson was a very scared boy, who cowered away from us during his first week, but we discovered his love of playing with other dogs and he was soon racing around our back field with new friends.

Jenson then went into foster for a little while with a lovely lady called Dee, who gave him a lot of TLC but Jenson badly missed the company of other dogs and we decided to bring him back to our sanctuary. Fostering had done him the world of good in so many ways and Jenson was now a lot more confident around people and yesterday Ellie and her children arrived to bring Jenson home.

We hear he has had a good first 24 hours and plenty of activity between himself and Topsy has left them both sleeping off their efforts.

Big thanks to Dee who gave Jenson his chance to shine in his foster home. Also a big thank you to the lovely Finn Family for opening up their hearts and home to a second rescue dog.