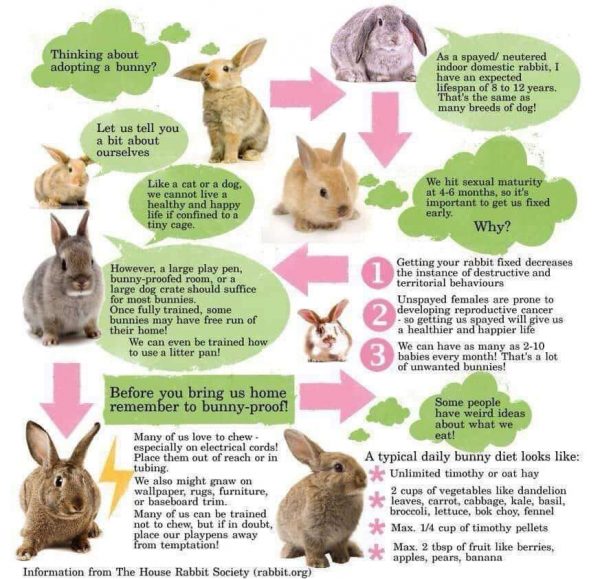 24th Mar 2022
Rabbits Need Space.
We keep saying that but what do we actually mean?
Spending money on expensive enclosures only works if the enclosure is suitable. Hutches and plastic cages are often marked as XL or Extra Large but the reality is that they are usually way too small for a rabbit. The 3 hop rule is one that is stated quite a bit when it comes to bunny homes but do you know that the 3 hop rule applies to their living space only and doesn’t include their exercise area which they should have access to at least 4 hours a day (obviously more is better!!) This size requirements are based on a single bunny only and need to be increased for each bunny sharing the space.
Rabbits are very energetic and active animals who enjoy running and jumping yet a lot of people don’t see that because their rabbits are depressed and shut down from being isolated with no means of entertainment or room to exercise. Rabbit hutches sold in most pet shops are not even fit for a living space let alone spending their lives confined to them so when you decide to take on a rabbit you will need to be prepared to put in some extra work in sourcing appropriate enclosures to give them the best quality of life.
Rabbits can be very territorial and the smaller the enclosures the more likely your bunnies are going to be aggressive and unhappy with you being in or near it. This can make cleaning and feeding an issue as your bunnies will be very possessive of the space that they have. Rabbits do best when allowed to live as part of the family but outside bunnies can be quite happy if given the appropriate amount of dry shelter and warm living space, enrichment and company.
Bunnies are sensitive to temperature and outdoor bunnies are more at risk from disease, predators and parasites.
Indoor bunnies often miss out on some natural behaviours such as digging and foraging and who doesn’t enjoy laying out in the garden soaking up the sun on a nice day.
As always there are pros and cons to indoor versus outdoor living, so where possible it is great to be able to offer your bunnies a combination!

Bunnies and other pets

Bunnies and other pets is a controversial topic 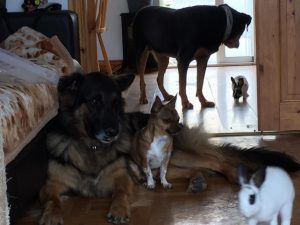 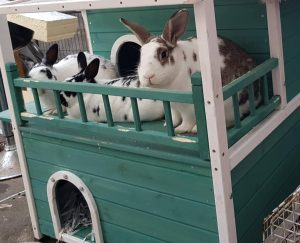 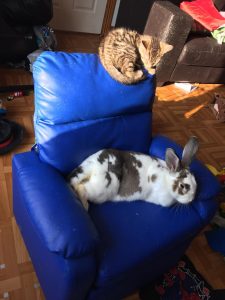 But the reality of owning a rabbit is often overlooked and undersold by those hoping to profit from these bundles of cuteness. They offer tiny cages, terrible diets and unsafe equipment all at ridiculously low prices to encourage people to buy. But the reality is that the responsibility is on you, the buyer.

Taking on any animal should only be done once you have fully researched what is involved. The internet is full of information and there is no longer any excuse for people to claim that they didn’t realise. Rabbits need space, exercise and qualified veterinary care. They are just as much work as a cat or a dog as they require lots of exercise to keep them healthy and their stomachs churning. They also require more cleaning and while they can be litter trained, like a cat, they will undoubtedly do more chewing on things that they shouldn’t more than things they should!

By the end of the year a massive amount of these rabbits will end up free on websites, abandoned in fields or forests, in rescues or simply ignored and left at the bottom of the garden only occasionally seeing someone who tops up their food and water.

Rabbits are social creatures who thrive on interaction and companionship and over the next few weeks we will share information from both our own bunnies and some amazingly informative and factual social media. We strongly urge anyone thinking of taking on any of these amazing animals to do their research!
But most importantly to Adopt! Give a forgotten bunny a second chance.

Are Bunnies Good With Kids?

Like with most animals the answer is not a simple as yes or no. For some families the decision to take on a rabbit is spurred on by children wanting a pet and the parents feel they don’t have the time to commit to a dog or a cat. If this is your motivation to get a rabbit, please stop and rethink.
Rabbits require a large amount of space to live and a massive amount of space to exercise. They need regular cleaning and the amount of cleaning depends on the amount of space and bedding they have, but litter trays need to be cleaned daily.
Rabbits are social animals and need company, socialisation and lots of time and patience to get them to be confident around you. If you work all day, kids are at school and you feel you don’t have time for a dog or cat, then you don’t have time for a rabbit either,
Rabbits are very cute. Rabbits are very fluffy. Rabbits look like they would be sooo cuddly. But most rabbits don’t like cuddles and the majority of them don’t even like to be picked up. Rabbits have very strong back legs that can do a massive amount of damage if their nails make contact with your skin and even a friendly rabbit who gets a fright can unintentionally do a lot of damage to you and to themselves.
A squirming rabbit can potentially break a bone or damage its spine trying to get away from you or falling from your arms. The combination of rabbits and small children that are going to want and attempt to pick them up all the time is definitely a bad idea. Older children can be taught to pick up rabbits properly and support them correctly,
The real emphasis should be on teaching children how to interact and bond with their rabbits while the rabbits and their 4 feet stay on the ground, or bed or couch… basically wherever the rabbit is at the time and, believe us, they can get into the most unusual of places when they want to, but that’s another post.
Rabbits like treats and can even be taught some tricks and commands but bunnies do sometimes have selective hearing so their recall probably isn’t going to be the most reliable.
This sort of interaction and positive experience then not only forms a bond but also a trust between the bunnies and the children making the child’s movements and activities, which can sometimes stress a more nervous rabbit, less scary or startling and overall making their relationship all the more fulfilling for everyone.
Rabbits are very entertaining to watch when the play together and getting two is always recommended, when done properly. Rabbits are also very inquisitive and like to be involved in their families day to day activities once they become accustomed to their families. But rabbits sat in their pen all day every day and only let out to play with your children once a week or when you have time, simply won’t want to play as they will be nervous and will probably just sit still and wait for everyone to go away again. This is what then gives people the impression that rabbits are boring.
Another common reason given when rabbits are surrendered is that the hay, the bedding or even the rabbit themselves have triggered an allergic reaction, so it’s also advised that you rule that out before committing to a new pet.
Rabbits. overall, are absolutely fine to live with children and make great pets once the personality is right and the family is prepared to put in the work to keep them properly. If your children want something cute and cuddly a rabbit is not the answer. Are they the best pet for your child? Only you as the adult can decide that.
Buster and Elliott have lived together in, mostly,  harmony for 6 years. There have been some nips, chewed objects and hurt feelings along the way. Buster joined his family as a foster, while he recovered from injuries sustained from an attack by a dog in a previous home. He was not expected to survive and during his long road to recovery and by the time he was ready for adoption he had won over his foster family with his charm and resilience and so they adopted him. While it is probably unfair to use Buster and Elliott as an example of a bunny with a child, as Buster is the exception to so many rules and Elliott has grown up surrounded by so may animals he knows the rules better than most, we felt it was important to not completely rule out or disregard families looking at adopting rabbits which can often be done.
Rabbits are amazing pets once their families are prepared to put in the work! 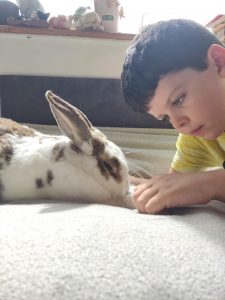 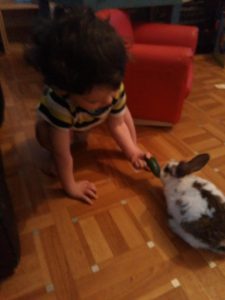